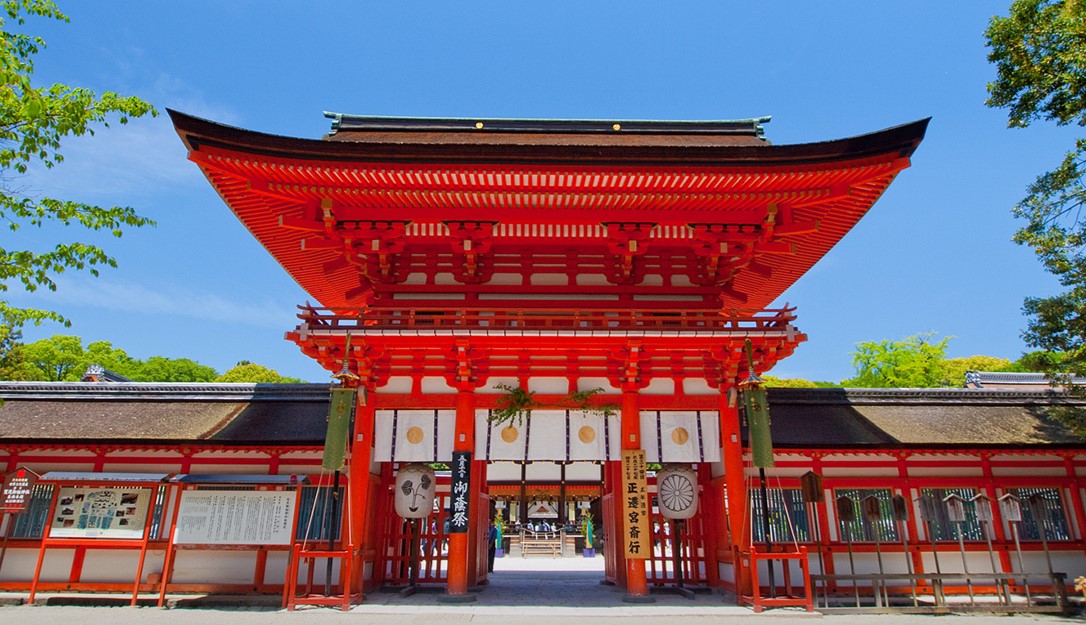 The Kyoto Public Viewing Executive Committee is pleased to announce that it will hold a “Rugby World Cup 2019™ Public Viewing” for the tournament’s championship game, taking place on Saturday, November 2, 2019, at the World Heritage site of Shimogamo-jinja Shrine. Sawatasha, located in Shimogamo-jinja’s Tadasu-no-Mori Forest, is a shrine that’s known as the first place where a Japanese person kicked a rugby ball in the Kansai area.

By having spectators “watch the sport’s highest-level game in the world at a World Heritage site,” the upcoming public viewing aims to leave the Kyoto tournament’s legacy at this location. The event will be hosted and operated using donations from everyone who sympathizes with the event’s cause, and if the amount donated exceeds costs, all the surplus will be donated. 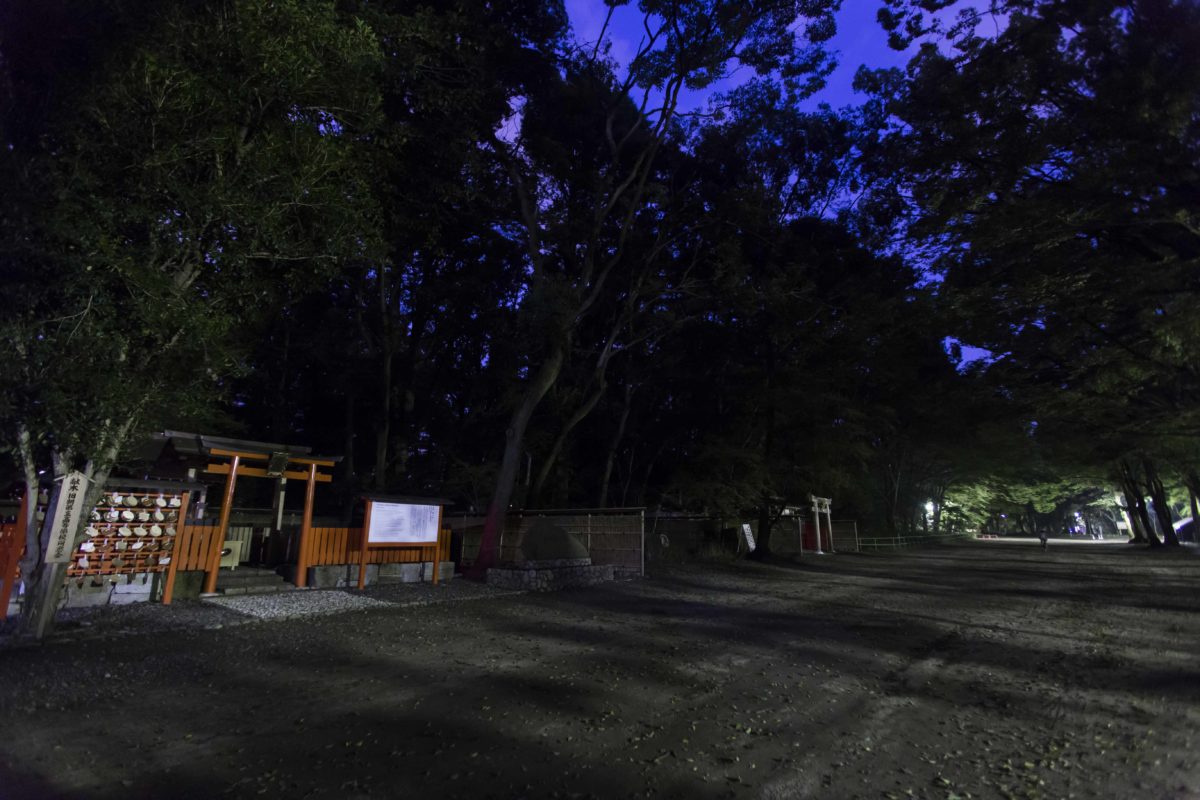 Sawatasha was once located beside the present-day “First Kick Site” stone monument in the Tadasu-no-Mori Forest. It had to be demolished shortly after the war due to the decay of its main pavilion, and its deity was enshrined at Mitsui-jinja Shrine, but it was then restored in 2017 as part of the 34th anniversary sengu project, in which deities are installed in new shrines in certain memorial years. The deity enshrined at Sawatasha, called “Kantama no mikoto,” is said to have the divine virtue of improving one’s ball game. On January 4 of every year, Shimogamo-jinja hosts “Kemari-zome,” a ritual named after a court-style football game played in ancient Japan.

On September 10, 1910, rugby was played for the first time in Kansai on the riding grounds of Tadasu-no-Mori Forest in front of Sawatasha. A Keio Private School (now Keio University) student taught rugby to students from the Third High School (now Kyoto University), marking the first time a rugby ball was kicked in Kansai. The “First Kick Site” stone monument was set up in 1969 by some former members of the Kyoto University rugby club.

Then on May 10, 2017, a pool draw for the Rugby World Cup being held in Japan was conducted in Kyoto, and representatives from various countries around the world visited the “First Kick Site.” Since then, the trophy presented to the Rugby World Cup winners, the “William Webb Ellis Cup,” has also arrived.

Thoughts about this Event

With this event, we want to bring to fruition a scene that we would have wanted the late Seiji Hirao to see. A Kyoto native, Hirao lived up to his nickname of “Mister Rugby” by driving the sport’s growth in Japan. We suspect Hirao would have loved to see a scene of rugby fans gathered from around the world in a place that’s typical of Kyoto, cheering on the sport’s highest-level game in the world.

In order to make this project a reality, there are several difficult challenges, such as procuring the funds to cover expenses and managing it at the World Heritage site Shimogamo-jinja. To resolve those challenges and bring the scene to fruition, the role of promoter is being filled by Shinji Sugimoto, who followed the same path as Hirao, two years behind him, through Fushimikogyo High School, Doshisha University, and Kobe Steel. Sugimoto is doing the planning, along with several rugby teammates living in Kyoto who had connections to Hirao when he was alive.

We would like to return the favor to Hirao for the fun of rugby that he gave to us all by achieving this scene that he would have loved to see.

How to Support or Participate in this Event 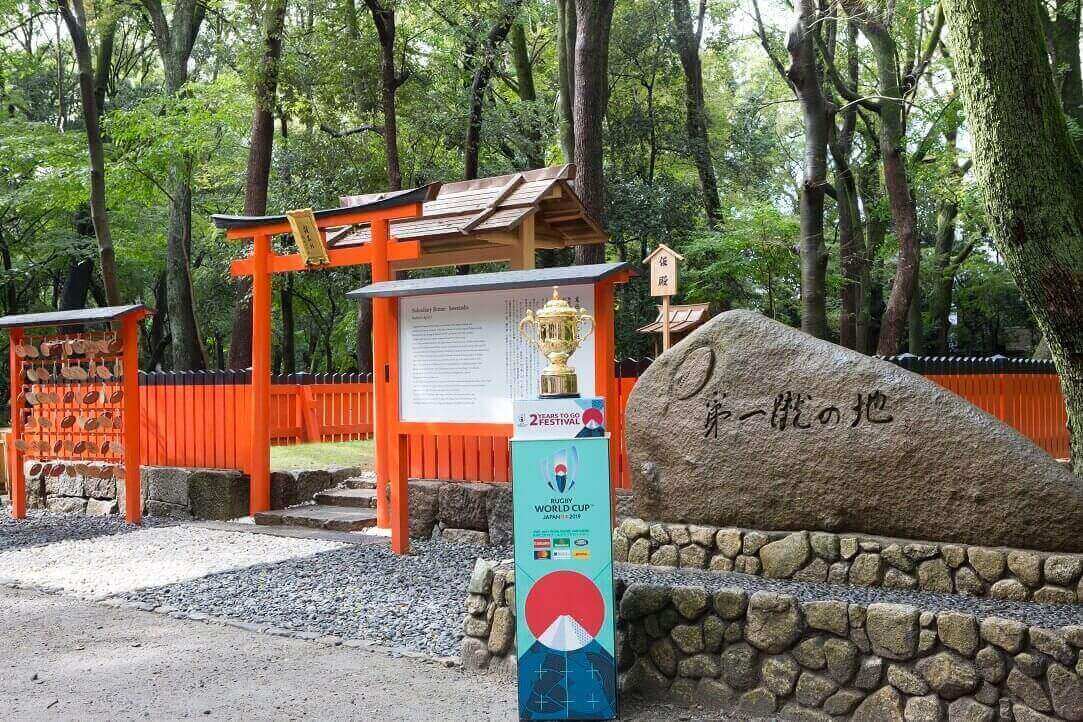 This event will be put on and managed using donations from individuals and companies that sympathize with its cause. For those who would like to participate, please take note: Due to limited space,
Only those who make donations to the project will be invited to this Public Viewing. One person will be invited to the public view for 10,000 JY donation. To donate, please contact us by the following form. If you have any questions, please contact us by email at: info@mitate.kyoto.